Market Commentary – ‘Tis the Season…’
Story Wealth Management are a boutique firm, with an award winning team of highly-skilled financial planners, and a close-knit support team based in Hawthorn. We are united in our concern for our clients’ financial wellbeing, and a desire to help them create the life they want.
financial planning melbourne, financial adviser melbourne, financial advice melbourne
2068
post-template-default,single,single-post,postid-2068,single-format-standard,bridge-core-2.9.1,qode-page-transition-enabled,ajax_fade,page_not_loaded,,qode-theme-ver-28.7,qode-theme-bridge,qode_header_in_grid,wpb-js-composer js-comp-ver-6.8.0,vc_responsive 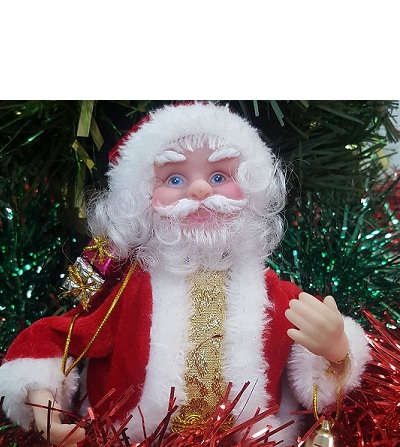 The following is a summary of our key observations from the current year and assessment of the year to come. As you may be aware some of our commentaries get a little heavy at times. Therefore, the following bullet point summation will allow you to absorb our key points without wading into the minutiae of our musings. For those of you with the time and patience, the comprehensive version follows.

Executive Summary
• Greece remained ‘the word’ at the start of the year but was resolved once again. In the end the firebrands of Syrizia were restrained by fiscal realities.
• China became the focus of attention with an extension of the 2014 market melt-up, followed by an unsurprising meltdown in July. Nonetheless the Chinese market remains one of the best performers for the calendar year.
• Chinese growth became the main concern given the impact on global growth over the past 7 years. We need to get used to slower (but still relatively robust) growth from China. Moreover, the shape of growth will change i.e. less building and more services.
• OPEC failed to address falling oil prices in December 2014 and virtually fell apart in December 2015.
• The above points combined to deliver a price crash across hard commodities and energy. The former legends of the Australian bulk export industries appear to be on a similar path as those who came before. Remember Bell Resources, Bond Corp etc. The game is the same, only the players have changed.
• Global growth remains patchy and spasmodic. Once coordinated global economic policy has splintered as growth expectations diverge. Debt that was never addressed after the last crisis continues to hobble those economies relying on the lending maxim ‘extend & pretend’.
• Australian economic growth, slowly readjusts to the new post-commodity boom reality.

The major themes for 2016 include;
• Still lower commodity prices. However, we expect these will bottom out within the year.
• Elections in the U.S. and Australia will see economic realities put on hold while the campaign circus is in town.
• Divergence in interest rates as U.S. rates rise and most other countries remain on hold or are cut further. This will cause considerable volatility in interest rate markets and currency markets.
• Continuing moderation of Chinese growth. The may see further devaluation of the Yuan and other policy adjustments by Chinese authorities to soften the impact of slower growth.
• Unhedged global shares may continue to provide some growth due to continuing weakness in the AUD. However again returns will be idiosyncratic – companies, industries and countries will be subject to their own specific issues.
• While commodities and Australian shares may continue to suffer for a time, value is starting to appear. Strong balance sheets, reliable cashflow and high return on equity will endure short term cyclical issues.
Successful investing depends upon looking beyond short term distortions and distractions. Lift your eyes and focus on the longer term objective. Let the traders speculate and the media postulate. We will stick to investing.

Reflections & Refractions
Albert Einstein’s General Theory of Relativity turned 100 years old last month. One of the fundamental assertions of the theory is that gravity is not so much a force, as described by Isaac Newton, but a distortion of space/time. While light may travel in a straight line, gravitational distortion will appear to bend light, giving a false impression of the location of an object.

In reviewing investment markets in 2015 and trying to determine the outlook for 2016, we find the above somewhat analogous to the more prosaic world of finance. The object of observation may be a retirement plan or wealth generation goal. The temporal distortions along the way tempt us to vary the journey towards our objective. 2015 has been replete with these distortions and 2016 looks no less so.

The geopolitical highlights of 2015 included another Greek default drama, a Chinese market meltdown, following the melt up prior to May and possibly the biggest mass migration of refugees in the past 70 years. In economic terms the highlights (depending on your perspective) were the continuing fall in commodity prices and anticipated changes in the path of monetary policy across major economies.

This time last year OPEC indicated they were going to continue producing oil at existing rates despite the fall in prices to that time. Last week OPEC effectively admitted they had lost control of oil prices, due to a fundamental change in the supply/demand equation. Metal prices continue to adjust to a supply/demand imbalance typical of the commodity cycle. In both cases, increased supply was a response to relative shortages and prospective demand growth beginning a decade ago. The laws of supply and demand are immutable – if prices are high you will get a supply/demand response and vice versa. Errors of judgement, or temporal distortions, occur when these principles are forgotten. Who now remembers ‘peak oil’?

Over the year the bias towards easing of monetary policy by central banks continued. The only stand out from this was the impending increase in U.S. rates by the Federal Reserve. The continued tendency towards easing reflects the underwhelming global growth experienced since the GFC. In their 2009 book ‘This time is different’ authors and academics, Ken Rogoff and Carmen Reinhart proposed that economic growth is hampered by excessive amounts of debt. This has proven to be the case since 2008. Like Japan, since 1990 much of the world still carries excessive debt and excess capacity relative to demand. If demand cannot be increased, a residual of excessive debt, capacity must be reduced – financial Darwinism.

Australia is at the forefront of the excess capacity question. Once again having relied on and extrapolated the growth of the commodity cycle ad infinitum, we are somewhat at the mercy of the downturn in the cycle. Nonetheless, despite our reliance on commodities we are a modern diversified economy. Modest growth and relatively low unemployment are testament to the resilience and adaptability of the Australian economy. Moreover, our commodity producers are amongst the most efficient in the world. Additionally, we are among the few developed countries with remaining capacity to further stimulate the economy if needed. It is our hope that the Reserve Bank has finished cutting rates for this cycle as this will be indicative of the underlying strength of the economy as we pivot away from the commodity export complex.

2016 is an election year here and in the U.S. so you must anticipate some uncertainty arising as opinion polls wax and wane. We do not expect Donald Trump to become President – current probabilities suggest a risk of about 5%.

A key component of global growth and the commodities complex is China. The start of a new 5-year plan is likely to see the continued restructuring of the Chinese economy. The ongoing pivot towards consumer spending and away from capital investment will continue, but not at any cost. The Chinese will not risk killing off the major engine of growth before other sectors are ready to carry the load. Nevertheless, lower growth can be expected. You can also expect to see stresses within the Chinese debt markets and further devaluation of the Yuan.

The past year has seen unhedged global shares remain the best performing asset class. The persistence of this thematic has surprised us but the reasons for this are sensible. While the increase in U.S. interest rates has been well communicated, the rate at which this continues is the variable with which we need to be concerned. The divergence between U.S. policy and the rest of the world will see the continuing fragmentation of individual country and regional economic outcomes. This is likely to be reflected in a similar diffusion of investment outcomes.

The convergence in Australian/U.S. interest rates implied above and the ongoing weakness in commodity prices is likely to keep pressure on the AUD. This means unhedged global equity exposures may continue to provide some upside, if in a more selective manner. This also means the price of Australian shares will become more attractive in relative terms. On a relative valuation basis, the Australian share market is currently amongst the most attractive of developed markets. While short term pressures will remain, a long term view is likely to be rewarded.

Rising U.S. interest rates will cause distortions across fixed interest markets – or rather undo some of the distortions created over the past 8 years. This is likely to feed into increased volatility in an asset class not usually subject to high levels of drama. If U.S. rate rises prove to be slow and peak well below previous cycle highs, opportunities to add value will arise for astute managers.

Virtual gravitational distortions affecting financial markets are a constant. Where one is distracted by these distortions the risk of navigational error is heightened. If objectives change, then clearly a change in direction is required. Furthermore, if something is clearly not working, change is the rational response. Our point is the decision to retain or change a strategy should not be reactive in nature, it needs to be considered in a systematic and objective environment.

We thank you once again for sticking with us throughout the year and allowing us into your lives. We continuously seek to improve our skills and service to give you the confidence to pursue what is important to you.

Be safe, be healthy, enjoy.