Market Commentary: ‘Tis the Season…’
Story Wealth Management are a boutique firm, with an award winning team of highly-skilled financial planners, and a close-knit support team based in Hawthorn. We are united in our concern for our clients’ financial wellbeing, and a desire to help them create the life they want.
financial planning melbourne, financial adviser melbourne, financial advice melbourne
1878
post-template-default,single,single-post,postid-1878,single-format-standard,bridge-core-2.9.1,qode-page-transition-enabled,ajax_fade,page_not_loaded,,qode-theme-ver-28.8,qode-theme-bridge,qode_header_in_grid,wpb-js-composer js-comp-ver-6.9.0,vc_responsive 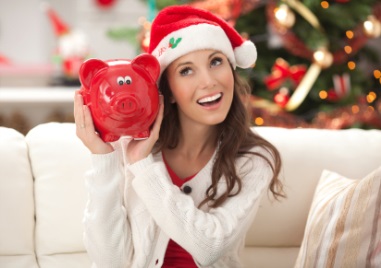 Over the past few years, you may have heard the term ‘the Santa Claus Rally’. This refers to rising global equity markets that have been common in recent times. There is one thing you can rely on in equity markets – as with a growing toddler, as soon as you get used to a pattern, the pattern changes. So, no Santa Claus rally this year. Of course axioms such as these should always be taken with a grain of salt, as conditions are almost always different from year to year.

As we end 2014, the initial caution we articulated earlier in the year appears prescient. December has seen a sharp rise in market volatility. The reasons for this are many and varied. The steep fall in oil prices has to some extent come out of left field.

In the past, volatility in oil prices has arisen from a combination of geo-political and economic factors. At times such as these, it is difficult to know which is the primary driver. The ‘Shale Revolution’ in the U.S. has no doubt contributed by increasing marginal supply. However this revolution has been occurring for some years. It has also become apparent in recent weeks that OPEC is either unwilling or unable to affect the oil price in a manner in which they had become accustomed. From the demand side, the world is less reliant on oil than it was, say 20 years ago. As oil prices rose over the past decade, alternatives became more competitive. Technologies across renewables and unconventional energy sources have also reduced the cost advantage of traditional energy sources – supply & demand theory in action. Over the longer term, a sustained low oil price will have the opposite affect – marginal producers and technologies will be driven out, reducing the current oversupply. As the Saudis produce at $5 – $6 a barrel, they are not overly concerned.

Similar supply/demand dynamics are occurring in other commodity markets, of which the major concern for Australia is coal & iron ore. Over development and slowing demand will cause marginal producers to withdraw. A slowing Chinese economy is exacerbating this process, however over the long term, this will benefit the Saudis of the coal and iron ore world.

In the short term, these dynamics are highlighting geo-political stresses. Russia, one of the world’s largest oil producers, was already labouring under trade sanctions imposed by the U.S. and Europe. A falling oil price, if sustained, will cause significant financial stress and potentially political upheaval in Russia. As I write, Russians are lining up to exchange Roubles for USD & EUR to minimise the impact of a collapsing local currency. If you were betting on an economic crisis anywhere in 2015, this would be the place to look – next to Greece.

Yes I know – those guys again? Yep. The 3rd act in the Greek tragedy is beginning. Recent moves to bring forward a presidential election in Greece may have unintended consequences. If the election does not result in a consensus winner, a general election must be called. The left-wing ‘Syrizia’ party is leading in the polls and offering to end austerity if elected. It is difficult to see how this could be achieved while remaining in the Euro. Whilst not a body blow to the Euro in itself, the opening of an exit could encourage similar anti-euro parties in other countries.

The European economy is in no condition to bear significant political upheaval either within the euro-zone or in Russia. Until now, the German export machine has dragged the rest of Europe away from the recessionary precipice. However the machine is faltering. Exports to China are slowing, along with exports within the euro-zone.

In some regards, Australia has a lot in common with both Russia & Germany. In the case of Russia, we too have been the recipient of good fortune from higher commodity prices. As with Germany, we have been fortunate that a rampant Chinese economy has bought everything we wanted to sell. Clearly this is changing, and the performance of the Australian stock market this year is a testament to these changes. The recent Mid-Year Economic & Fiscal Outlook (MYEFO) acknowledged the factors slowing the Australian economy. Indeed if it were not for concerns about house prices, we would probably have already had further cuts to official interest rates. As it happens, the market is now factoring in cuts in 2015.

Having frightened the elves from your Christmas stockings, there are reasons to be cheerful. A lower oil price effectively transfers spending power from producers to consumers. This could provide a boost to global demand in 2015. Furthermore, in response to slowing economic activity, China recently cut interest rates. The U.S. has been the stand-out performer of 2014 and forward indicators remain positive. By most measures the U.S. economy remains the world’s largest; therefore it retains the heft to drag the global economy along with it – at least for a time.

Investment markets in 2014 have reflected the relative strengths of individual economies. Divergence between market performances has resulted in a return to historical levels of correlations between asset classes. The Australian market has barely squeezed out a positive result thus far whist the U.S. market has thus far grown by about 10%. Chinese & Indian markets emerged from their recent hibernations to return 39% & 36% respectively as I write. Even Japan has produced low double digit returns. I would like to speak more about Japan, but it would run to volumes – perhaps another time.

At the start of the year, there was almost universal consensus amongst investment professionals that long term interest rates would rise this year. In fact across the developed economies, 10 yr interest rates are significantly lower. This reflects the concern about deflation in Europe and the actions of Japanese authorities to stimulate their economy. At a yield of 2.8%, Australian 10 yr interest rates are still well above those of our major trading partners. In fact German 2 yr rates are -0.04% – that is you pay to buy & hold these instruments. This is the world we live in… These movements have helped reduce the negative impact of equity investments on most portfolios. With continuing momentum in the U.S. economy, it is more likely that long term interest rates will rise in 2015. Whilst this will temper fixed interest returns, the movements should reflect better general economic conditions and, hopefully, provide for better returns from those sectors that have suffered in relative terms over the past year.

Our investment strategies in 2015 will tend to reflect a normalisation of global economic conditions, and will tend to favour those sectors with more attractive relative valuations in this context. Any changes in investment strategies will as usual be incremental, notwithstanding any change in your personal requirements. As you will know by now, we prefer to ‘lean into the wind’ of popular opinion, and always prefer to be a little early than a little late.

If it was not apparent before, recent events highlight what is really important at this time of year. Whatever your family looks like and whoever your friends are, enjoy them while you have them. For everyone else be tolerant and respectful. I would like to personally thank you all for continuing to work with us during the year.