Residential Property and the ‘Minsky Moment’.
Story Wealth Management are a boutique firm, with an award winning team of highly-skilled financial planners, and a close-knit support team based in Hawthorn. We are united in our concern for our clients’ financial wellbeing, and a desire to help them create the life they want.
financial planning melbourne, financial adviser melbourne, financial advice melbourne
18581
post-template-default,single,single-post,postid-18581,single-format-standard,bridge-core-2.9.1,qode-page-transition-enabled,ajax_fade,page_not_loaded,,qode-theme-ver-28.7,qode-theme-bridge,qode_header_in_grid,wpb-js-composer js-comp-ver-6.8.0,vc_responsive

Residential Property and the ‘Minsky Moment’. 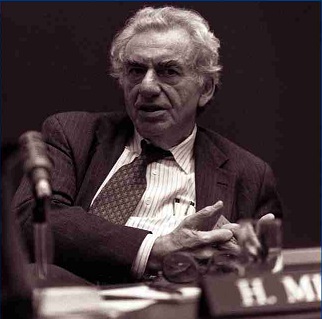 To paraphrase Mark Twain, the death of residential property has been greatly exaggerated, or at least been called prematurely for some years now. In Michael Lewis’ book, The Big Short’, Michael Burry is quoted as saying “I am not wrong, I am just early”. Past a point, it is the same thing. In the, perhaps apocryphal, words of J M Keynes, “the market can stay irrational longer than you can stay solvent”.

So is the growth rate of residential property a rational reaction to a supply/demand mismatch, or is it out of control, in terms of rational expectations? For the most part the residential property market is difficult to analyse using basic investment principles. If the value of an investment is the discounted value of future cash-flows, the only rational way to accept current prices are reasonable is to assume large part of the future cash-flows comprises a capital sum at maturity greater than the discounted value of the initial investment. Or put more simply, net income by way of rent is largely irrelevant. Given the popularity of negative gearing, this is self-evident. If this is the case, then what you are describing is speculation. This in itself is not a bad thing, but you need to be realistic and accept the potential pitfalls in speculating, rather than investing. The key expectation is that someone will pay more for the asset than you paid, some time in the future.

Professor Steven Keen, has been a serial pessimist on Australian house prices for some years. He has been way early (by his own admission), but his analysis of the relationship between credit growth and house prices is compelling. Indeed, the key to his miss-timing on house prices has probably been the growth in credit exceeding his initial expectations.

I am a believer in cycles, and I also believe behavioural biases exacerbate cycles way beyond what would otherwise be considered rational.

Compared to the equity market, the property market is opaque and inefficient (why we still pay real estate agents 2% commission for what is essentially property market BETA is beyond me). These factors can hide signals until it is too late. What John Mauldin describes as “fingers of instability” through a structure cannot easily be observed in the property market. But it does not mean they don’t exist.

The late Hyman Minsky proposed that booms sow the seeds of there own busts. Minsky became very popular after 2008, when it all seemed obvious (hindsight is a wonderful thing). In the 30 July 2016 issue of The Economist, they published an article on Minsky as part of a series. The following is an except from that article:

“Minsky distinguished between three kinds of financing. The first, which he called “hedge financing”, is the safest: firms rely on their future cashflow to repay all their borrowings. For this to work, they need to have very limited borrowings and healthy profits. The second, speculative financing, is a bit riskier: firms rely on their cashflow to repay the interest on their borrowings but must roll over their debt to repay the principal. This should be manageable as long as the economy functions smoothly, but a downturn could cause distress. The third, Ponzi financing, is the most dangerous. Cashflow covers neither principal nor interest; firms are betting only that the underlying asset will appreciate by enough to cover their liabilities. If that fails to happen, they will be left exposed”.

While referring to ‘companies’ in regards to financing, the application can be made for any investment where borrowing is the dominant funding source. The third phase is the crescendo, after which a market reaches a ‘Minsky Moment’. This is moment when it all comes crashing down. Loans are defaulted, property is offered for sale to recover loans at a time when buying and new lending dries up, fearful consumers direct more income to loans to save their homes, thus causing economic contraction, job losses – the cycle is in full reverse.

As indicated above, everybody can spot a Minsky Moment, after the fact. The few that can spot it before are cranks a priori and geniuses afterwards. Ironically, if we could all spot the moment, it would not happen because we would act before the moment was reached. If there was one common denominator I have observed prior to various crashes over the past 30 years, it is emotion. This is difficult to quantify but when the fear of missing out becomes tangible and widespread, the end is usually nigh. Are we at that stage with the property market? I do not know. I see anecdotal evidence, but I am not at all certain if this is widespread. When you start looking for something, you tend to see it wherever you look (the red car effect). However, this works both ways. If we have a vested interest, we tend to look for information that confirms our view (confirmation bias).

I can only go back to some basic but sage words.”There are many ways in which speculation may be unintelligent. Of these the foremost is I) speculating when you think you are investing II) speculating seriously instead of as a pastime, when you lack proper knowledge and skill for it and III) risking more money in speculation than you can afford to lose” – Benjamin Graham (no relation).